- GBP/INR pulling back but uptrend likely to resume

- Rupee to be moved by risk appetite and Fed

The Pound-to-Rupee exchange rate is trading at around 90.80 at the time of writing, after falling 1.58% in the week before. Charts show the pair pulling back in a correction although the overall bullish trend is expected to resume eventually.

The 4hr chart - used to determine the short-term outlook, which includes the coming week - shows the pair pulling back in an ‘abc’ correction after peaking at the October 17 highs. The correction is weak and shallow and does not look like it will extend far lower at this point in time. More likely, it will find a floor and the uptrend will resume taking the exchange rate back up to the level of the former highs at 92.40.

A break above 91.00 would probably provide the confirmation required to expect a recovery to the aforesaid target.

The RSI momentum indicator is showing relatively strong bearish momentum has accompanied the move down, but this is not enough to negate the bullish forecast, for it is also starting to look oversold.

The daily chart is showing the formation of a bullish pattern which indicates the possibility of higher prices should it break higher. The pattern is called a bullish pennant and is made up of the triangular pennant consolidation which is forming now and the pole made up of the steep rally which preceded it.

A break above the 92.40 highs would provide the necessary confirmation for a continuation up to a target at 94.20 and then possibly even 96.00.

The daily chart is used to give us an indication of the outlook for the medium-term, defined as the next week to a month ahead.

The weekly chart shows how the pair broke above the red trendline which was a key bullish transformative move, opening up much greater gains in the long-term. Subject to a break above the October 17 highs and further gains, the pair could go as high as 98.00 in the long-term.

The weekly chart is used to give us an indication of the outlook for the long-term, defined as the next few months.

The Rupee: What to Watch this Week

The main driver of the Rupee over the short-term is likely to be global investor risk appetite and the Federal Reserve (Fed) policy meeting on Wednesday.

Currently, risk appetite is being supported by positive news around U.S-China trade relations which should support the Rupee, after the news of positive progress towards finalising the ‘Phase 1’ trade deal.

The two superpowers are now even closer to signing the text of a deal according to commentators - an event which some analysts think could happen by mid-November.

In recent meetings the two superpowers “made headway on specific issues and the two sides are close to finalising some sections of the agreement,” said the U.S. in an official statement.

The Chinese, meanwhile, said negotiators had “agreed to properly resolve their core concerns and confirmed that the technical consultations of some of the text agreement were basically completed.”

Protests in Hong Kong pose a risk to the trade deal but not a serious one, according to commentators.

U.S. Vice President Pence made a speech last week criticising the Chinese authorities for “slashing the rights and liberties” of Hong Kongese, however, this is not likely to be a game-changer.

“The speech probably wasn’t aggressive enough to derail trade talks but obviously won’t be helpful either in that regard and we await China’s response,” says Jason Wong, an analyst at BNZ Bank.

The other key driver for the Rupee like all emerging market EM currencies is the Fed meeting on Wednesday at 19.00 BST.

The Rupee is generally negatively correlated with the U.S. Dollar so when the latter strengthens the former weakens and vice versa.

At the moment the market is expecting the Fed to cut interest rates by 0.25% to 1.75%. If that happens the Dollar is unlikely to shift, however, since it will already have been priced in by markets.

If the Fed hints at making more cuts in the future that could have a negative impact on the Rupee.

There is also a risk the opposite could happen and the Fed could become more hawkish - which means in favour of higher interest rates - perhaps as a result of a better outlook for trade, and this could weigh on the Rupee.

“The reaction of the Dollar will depend mainly on the signals they send for future rate cuts. On that front, I do not think they will commit to anything - I think they will keep their cards held close to their chest... But, if anything, it might be a slightly more hawkish message than the markets are expecting,” says Marios Hadjikyriacos, an analyst at FX broker XM.com. 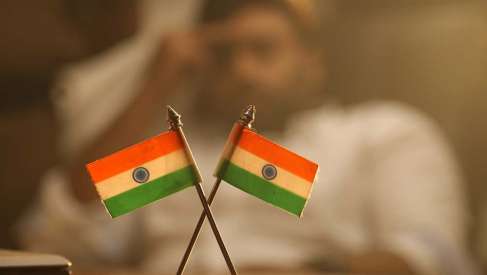