Sterling had been one of the biggest fallers among major currencies when the new week opened with heavy losses for stock markets and other risk assets across the globe, which pulled GBP/USD briefly below the 1.35 handle from highs above 1.37 earlier in January.

The Pound to Dollar rate pared losses with a tentative recovery above 1.35 but would be vulnerable if Wednesday’s Fed policy decision inspires fresh speculative interest in the greenback, which had itself come on the receiving end of a sharp sell-off earlier in January

“The Fed is likely to have more hikes than the BoE owing to the hit expected on UK incomes from: a) the National Insurance tax hike and b) energy price cap re-calculation. Real yield spreads are back in decline for GBP/USD,” says Jordan Rochester, a strategist at Nomura.

“There are four BoE rate hikes priced in for this year. Yes, there is the risk that it will do more, but in view of the cost of living crisis that will be felt in April it’s doubtful that the BoE will be hawkish right now, Rochester said before warning of a fall back to 1.32 for GBP/USD in the coming weeks. Above: GBP/USD shown at daily intervals alongside U.S. Dollar Index.

Rochester and colleagues suggested that Nomura clients consider selling the Pound-Dollar rate this week as they see the Federal Reserve as likely to outpace the Bank of England (BoE) on the interest rate front this year, which could potentially Dollar-positive implications for U.S. bond yields.

U.S. yields, the Dollar and by extension GBP/USD will all be sensitive to the implications of Wednesday’s message from the Fed, which accelerated in December a recently announced plan to end its quantitative easing programme and begin lifting U.S. interest rates back toward more typical levels.

“It’s not clear why the Fed would be dovish this week after the very strong CPI data released this month, unless it is specifically focused on tensions in Russia perhaps,” Rochester wrote in a Tuesday research briefing warning of a possible fall back toward 1.32 for GBP/USD over the coming weeks.

Data released earlier this month suggested U.S. inflation rose to seven percent in December, vindicating the Federal Open Market Committee of policymakers for the accelerated effort to withdraw monetary support provided to the U.S. and global economies since early in 2020. Above: U.S. Dollar Index shown at weekly intervals with major moving-averages and Fibonacci retracements of 2020 fall indicating possible areas of technical resistance to a recovery.

“I will say though if we see inflation persisting at high levels longer than expected, then we’ll, if we have to raise interest rates more over time,” Chairman Jerome Powell had previously said when addressing a Congressional committee in early January.

“We’re going to learn a lot about the path of inflation, particularly as it relates to these supply chain blockages that we’ve had, over the course of the first six months of the year and every month really,” Powell said in testimony over his nomination for a second term at the top of the Fed.

Coming alongside a strong recovery in the labour market, accelerating inflation pressures have seen Fed policymakers begin to concentrate their efforts on developing and fine tuning plans to bring the annual rate of price growth back to the bank’s two percent average target in the years ahead.

December’s dot-plot of Fed policymakers’ forecasts suggested this would necessitate as many as three interest rate rises this year, while financial markets have since begun to speculate that there could be a chance of four being announced. Above: Pound to Dollar rate shown at weekly intervals with major moving-averages and Fibonacci retracements of 2020 recovery indicating possible areas of technical support for Sterling.

“Given firm market pricing, BoE‑induced gains in GBP are likely contained. Instead, GBP has further downside potential in the near term if markets continue to bet on a more aggressive Fed Funds rate cycle. As a result, Wednesday’s FOMC announcement could be the catalyst that pushes GBP below its 1.3419 support level,” warns Kim Mundy, a senior economist and currency strategist at Commonwealth Bank of Australia.

Recent market developments leave much to be determined by the Fed’s Wednesday remarks about inflation and particularly any suggestions of whether the latest data have caused doubt on the FOMC about its December view that U.S. price pressures would begin to recede by the middle of the year.

Doubts of that nature could potentially lead financial markets to anticipate a faster pace of increase in the Fed Funds interest rate, which has sat near zero since the onset of the coronavirus crisis but had been set as high as 2.50% as recently as June 2019.

That would typically be a bearish influence for the Pound to Dollar rate and could act as a catalyst for a renewed advance by the U.S. Dollar more broadly following a choppy, yet directionless start to the year.

Dollar exchange rates had slumped heavily during the opening weeks of January and Chicago Futures Trading Commission data suggested last Friday that these declines resulted from significant profit-taking by speculative traders, while recent gains have merely pared away those earlier declines. 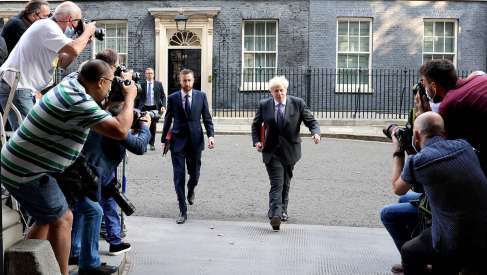 The British Pound is underperforming major peers at the start of the new weeks as global financial markets turn red once more and home-grown risks arise in the form of EU-UK tensions over Northern Ireland.

The Pound to Dollar exchange rate has slipped to a fresh two-year low, making for almost a ten percent 2022 loss following a turbulent six week period that has left Sterling appearing to be in competition with Switzerland’s Franc for what Credit Suisse describes as the “dubious title of Europe’s Yen.” 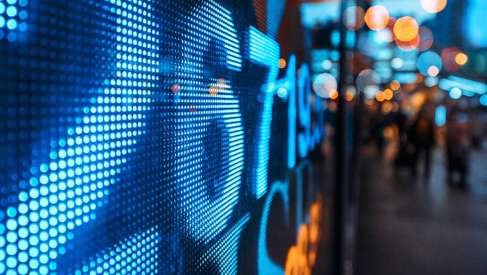 A more cheery tone on global markets have helped an oversold British Pound correct higher, although there is little conviction any rebound will sustain itself near-term.