"The main risk to our ongoing EUR bearishness has to be the possibility that the ECB changes tack in a hawkish direction" - Credit Suisse. The Euro is tipped to struggle by strategists at Swiss bank Credit Suisse, however they also warn the currency could make a material recovery should Eurozone wages reach 3.0%.

This after a key member of the European Central Bank (ECB) said a determined rate hiking cycle was only likely in the event Eurozone wages increased notably, thereby threatening to push inflation over 2.0% on a sustained basis.

Shahab Jalinoos - Global Head of FX Strategy at Credit Suisse - says he and his team are holding a "core bearish EURUSD view", based on the ECB remaining "very dovish".

In fact, the ECB appear "almost untouched by high realised inflation which has so clearly been a pivotal factor elsewhere," says Jalinoos.

But, "the main risk to our ongoing EUR bearishness has to be the possibility that the ECB changes tack in a hawkish direction with the kind of urgency that the Fed, the BoE and now even the MAS is showing," says the analyst.

What would prompt such a change in tact?

The ECB's chief economist Philip Lane this week gave a strong hint when he said the key metric to watch going forward would be wage growth, specifically whether it will be able to sustain Eurozone inflation above the ECB's 2.0% target over the longer-term.

In the third quarter of 2021, Eurozone wages rose by 2.5% and by 2.9 % in the EU according to official figures, compared with the same quarter of the previous year. Lane said that in the euro area, for inflation to be around 2% and allowing for a typical increase in labour productivity of about 1%, then wages should be growing around 3% a year in the euro area on average to be consistent with the 2% target.

"We are not, right now, seeing wage increases in that zone. But of course, we will continue to look at this throughout the year," said Lane.

Lane said that unless wage growth can reach these levels it is unlikely inflation can sustain a 2% rate and will instead fall below that level again in 2023 and 2024, thereby requiring ongoing ultra-easy monetary conditions.

"But markets are trying hard to push against this narrative, or at least making a bet that wage growth will indeed reach levels where a shift in gears is needed," says Jalinoos.

Current money market rates pricing shows one 25 basis point hike is expected in 2022 and another 1.5 hikes priced for 2023.

"This is already priced in, the hurdle for EUR to make gains is reasonably high, not least because by strengthening it would immediately tighten monetary conditions further anyway," says Jalinoos.

Although Credit Suisse reiterate their bearish stance on the Euro they would reconsider were wage pressures to point higher.

"What’s needed now to get the EUR to rally meaningfully is a wage jump that’s both a) imminent and b) powerful so that the market feels confident enough to price in a June ECB hike, and perhaps a second in December, with no particular concern about currency strength derailing the process," says Jalinoos.

But, "we prefer to wait for more concrete evidence the ECB could be compelled to shift stance - as opposed to trying to anticipate it at this early stage in proceedings," says Jalinoos.

The Euro to Dollar exchange rate slipped to a fresh five year low last week but could attempt a corrective rebound in the days ahead if global markets find reasons for cheer in signs that China's most stringent 'lockdown' thus far may be nearing its end. 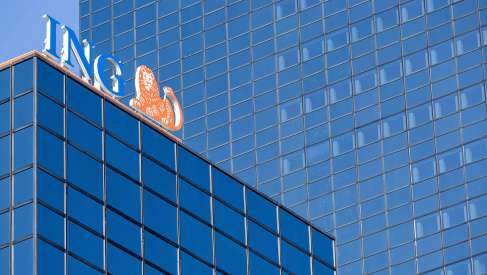 "EUR/USD is close to the 1.0340 key support, below which would see the prospect of parity become quite material" - ING.

The Euro-to-Dollar rate has fallen close to its coronavirus crisis lows, leading to forecast downgrades and prompting Nomura to target a further slide to parity, although the latest projections from Rabobank and Credit Suisse suggest it could be likely to bottom out around 1.03  in the months ahead. 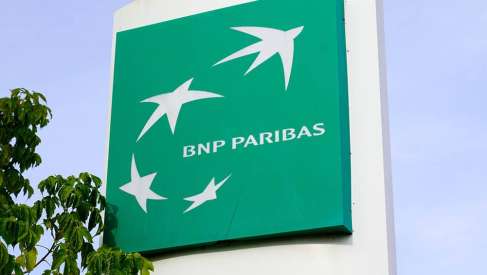 Euro to Dollar: Peak USD Behind us says BNP Paribas